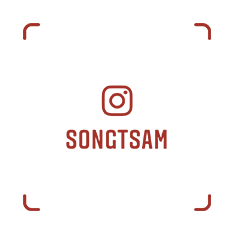 Discovering The "Swiss-Alps" of Tibet

GET TO KNOW TIBET
SONGTSAM

Keep up to date with Songtsam news and offers.

Become a part of our world. Tell us more about your interests and travel passions, and we’ll make sure you’re the first to hear all about our news and offers.

By entering your details you consent to be contacted via email by the songtsam group with offers and updates. To opt out, use the unsubscribe link or email info@songtsam.com . View our privacy policy for details.
Required *

Thank you for signingup.You're all set to receive the lasest news from Songtsam.

Thank you for your booking,we will contact you within two days.

Thank you for your booking,we will contact you within two days.

Songtsam is a luxury boutique hotel group preserving a unique spiritual connotation. Songtsam Tours, as the sub-brand of Songtsam Group, designs the most bespoke and fascinating tour experiences which always exceed the guest’s expectation. Moreover, Songstam upgrades the wellness space with the concept of Tibetan meditation by combining both the physical and spiritual healing together.

After 21 years, Songtsam is still surrounded by the natural, mysterious and untouched ambiance of the Tibetan area. In other words, Songtsam aspires to provide its guests with a brand-new travel experience. Travelers who share the adventurous DNA, will discover a wonderland full of mystery when visiting the Tibetan Plateau with Songtsam.
At present, Songtsam has 13 properties made up of 3 collections, consisting of 9 Songtsam Lodges, 3 Songtsam Retreat and 1 Songtsam Glamping Site. The attentive local travel guide service as well as the professional vehicle service, enable Songtsam to offer guests “one circuit and one route”—— Songstam Shangri-la Circuit and Sonstam Yunnan-Tibet Route. By merging the UNESCO World Natural Heritage Site——Three Parallel Rivers, the legendary national highway No.214 and No.318, the Ancient Tea Horse road and the "The Third Pole“——Qinghai-Tibet Plateau together, Songtsam provides its guests with an unprecedented, unique, and culturally immersive experience, in luxury and comfort. .

Thanks to Songstam, Mr Baima Duoji reveals the charm of Tibetan culture and open up the gateway to hidden destinations of Shambhala to our friends all around the world.

Songtsam is a hospitality brand offering sophisticated elegance, refined design, modern amenities, and unobtrusive service in places of beauty and cultural interest. Based in Tibet and Yunnan provinces in China, Songtsam has a group of boutique hotels and lodges situated in exclusive locations along a customised travel route, and provides tailor-made tours in these regions with expertly curated activities for its guests.

For over 20 years, Baima Duoji has taken "pursuing the source of happiness" as the core value for Songtsam. During this process he has been continuously exploring and sincerely preserving the essence of Tibetan culture, whilst also committing to support economic development, local communities, environmental conservation, and sustainability within Tibet and Yunnan.

Via the Songtsam platform, he reveals that the charm of Tibetan culture is that it is in harmony with nature; and when combined with authentic accommodation, local cuisine, warm-hearted hospitality, and unique spiritual experiences, it will bring you closer to “Shangri-La”. Baima Duoji’s wish is for guests to be inspired by the ethnic groups and cultures of the region, and most importantly to understand how the local people pursue and understand happiness. Therefore, Songtsam aspires to provide the key enabling travellers to open up the gateway to the hidden destinations of Shambhala. 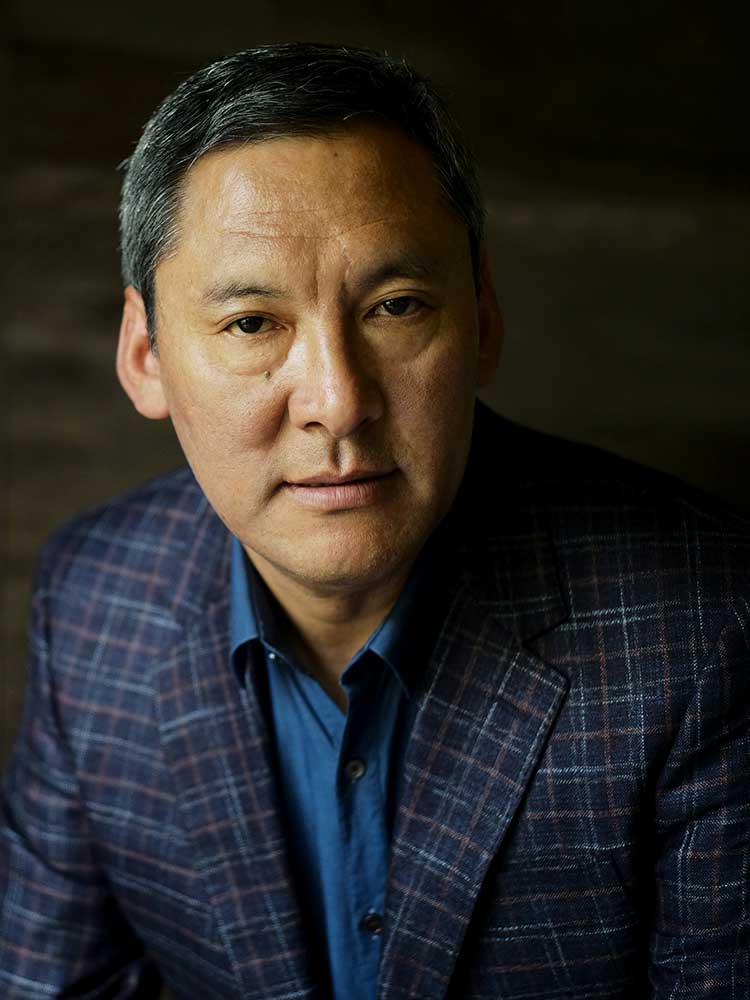 1964
1990 - 1992
1993 - 1997
1998
2000
2003
2004 - 2013
2015 - 2018
2019
Baima Duoji was born in Kna Village
in Shangri-La, Yunnan province.
This is where the Tibetan community gather
on foot to visit the Ganden Sumtseling Monastery.
He worked as a camera assistant for
British director Phil Agland’s documentary,
China: Beyond the Clouds.
He took this opportunity to do further
study at the Beijing Film Academy.
Whilst working as a documentary camera
scenario director for the China Central Television (CCTV) overseas center,
he financed and directed
the shooting of many significant documentaries
reflecting Tibetan culture. These include The Portrait of Mountain
(which won the excellence award at Cannes TV festival in 1998) and Kumbum Monastery.
When he attended the Cannes TV festival in France,
he became familiar with the concept of “boutique hotel”.
It was a place where you can feel and experience a vast amount
of local culture whilst staying in a limited space. It was during this time
he discovered another opportunity for showcasing Tibetan culture to the world.
Whilst still working for CCTV he returned to Shangri-La
and built his first boutique lodge, Songtsam Lodge Shangri-La.
From the architectural techniques to the decorative style,
all were ingeniously infused with Tibetan cultural elements
to create a “home away from home” hidden in the Himalayas.
During this same period,
he shot the documentary Delamu
with “Fifth Generation” director Tian Zhuangzhuang,
which was a huge success
and received wide praise in China and abroad.
He left CCTV and devoted himself
to working solely on the collection of Songtsam retreats,
which include Songtsam Linka Retreat Shangri-La and Benzilan,
Meili, Cizhong, and Tacheng lodges. He brought together nature,
outdoor adventure, village life, and countryside customs to form
what became known as the first “Songtsam Circuit”.
He initiated the Songtsam Yunnan & Tibet Route project
and made great efforts to develop Songtsam Lodge Lijiang
and Songtsam Linka Retreat Lhasa. These two hotels,
respectively mark the start and finish points of the route.
At the same time plans for The Songtsam Sichuan & Tibet Route started.
The opening of Mangkang Rumei Lodge,
Ranwu Laigu Lodge, and Bomi Linka marked
the official launch of the Songtsam Yunnan & Tibet Route,
merging the Ancient Tea Horse Road, G214 (Yunnan-Tibet highway),
G318 (Sichuan-Tibet highway),
and the Tibetan Plateau road tour into one.

Using local materials, adapting to local conditions, complying with nature, and living in harmony are our architectural design philosophies.

Songtsam sites lodges in original ecological villages or the natural environment. Buildings have moderate sizes and the traditional architectural modeling. From the main structure to decorations, most of our lodges are built in brick-wood structure. They are made of woods which come from abandoned buildings of villagers’, reminding timbers before the logging ban, or expensively imported timbers from trees falling down naturally.

Songtsam pays special attention to environmental sustainability in tectonic designs and constructions. During the process of Songtsam hotels and lodges’ construction in Yunnan and Tibet province, cutting-edge technology has been applied to all aspects of design, construction and water recycling.

Songtsam Lodge Tacheng, with an altitude of 4200 meters, has the highest altitude of Songtsam hotels up to now, appearing right in front of Ranwu Lake and as well as Laigu glaciers to the west. With the prime consideration given to the preservation of natural and Tibetan cultural heritage, the building is designed as modular prefabrication and embedded under a high cliff, hidden from the sight, although the difficulty of construction can be imagined.

Songstam Linka Basum’ site is only 150 meters away from Basum Lake. In order to ensure the balance of natural systems, all sewage drains off after wetland landscape’s abominating self-circulation within the building and bio-eco-filtration through different landscape vegetations.

Songtsam boutique tours reflect the protection of the environment as well. By joining in our boutique tours, tourists are close to nature and live in harmony with it.

All Songtsam lodges locate among Hengduan Mountains in the area of Three Parallel Rivers which offers lodges with the natural beauty and plenty of floras. Songtsam has organized plant investigation tours to untangle complex plants within this area, especially alpine flowers. We hope that our clients could know more about the natural ecosystem while enjoying the magnificent natural scenery. As saying, first understand, then protect.

There was a large number of the national second class protected crossoptilon crossoptilon in the forest around Meli Snow Mountain. However, as a result of hunting and ecological changes, they almost have been disappeared.

For thousands of years, the experience and wisdom of people living with nature has formed a unique local lifestyle.

Songtsam believes that inheritance and protection of local handcrafts is one of the ways to preserve and restore Tibetan lifestyles. Local craftsmen, such as carpenters, stonemasons, coppersmiths, etc are indispensable of Songtesam. Tourists would notice that from the building and furniture to washbasins and spoons, they all come from the hardworking craftsmen.

Songtsam cooperates with leading manual workshops held by inheritors of Intangible Cultural Heritage, such as the carved lacquer workshop at Benzilan and the pottery workshop at Nixi. Songtsam tourists could visit, experience or consumer within those workshops. By doing so, more local traditional handicrafts are known, appreciated, used and inherited.